Posted on January 5, 2013 by seekknowledgeeveninchina 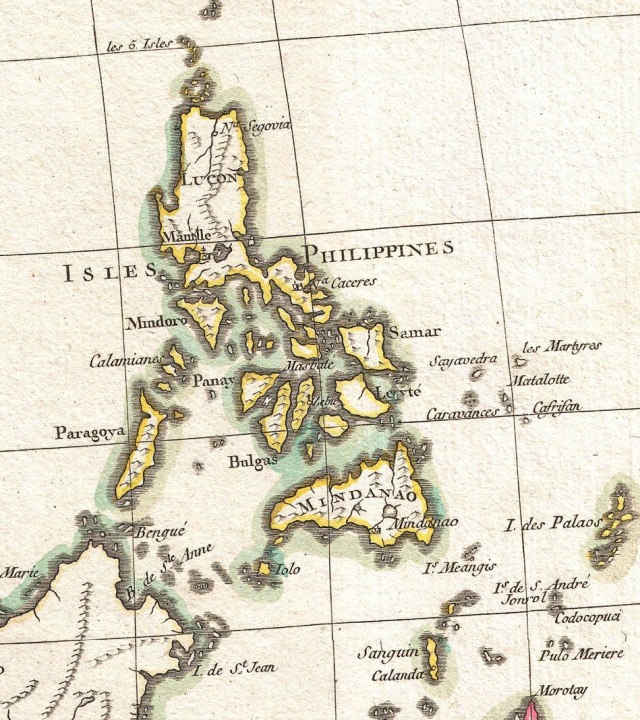 Since I believe that education is the key to transforming society, I’m discussing how we can use Social Studies class to do so.

Honestly, I only had one Social Studies teacher who taught effectively.  She was my World History Class teacher in senior year of high school and she only made us memorize one date: December 7, 1941.  Her class discussion consisted of Socratic questions, with Implications and Consequences as key points.  We had ZERO homework — ZERO!  She would just tell us what to read and memorize, because there would be an easy quiz the next day.  Her important tests were essay tests that would allow us to logically explain historical developments.  But she had easy multiple choice final exams.  Because of the way she taught, I fell in love with history and continue to read material on history.  And through her discussion method, I learned there was a reason for everything and that we all have the power to choose our actions.  That to me is an effective educator.

So she did make us memorize some things.  But was it the most important thing in her class?  Absolutely not.  Participation in the class discussion and her essay tests had the biggest weight in her grading system.

Through her I was able to understand that our actions have an effect on society, so I have continued to read about history.  Upon reading A History of the Philippines: From Indios Bravos to Filipinos by Luis Francia, I honestly felt that the Philippines could have really taken off during the administration of Carlos Garcia.  This excerpt is from pp. 213-218 of the book:

Relatively unknown, Garcia had been a guerrilla during the war in Bohol, his home province, though he belonged to a unit independent of the USAFFE.  Not particularly identified with US interests, unlike Roxas and Magsaysay, Garcia had opposed the Bell Trade Act and the Military Bases Agreement.  As chief executive of the land, this diminutive man proved more independent of US thinking than the late, burly Magsaysay…

More shockingly to those American hands and seasoned politicians who expected residents in Malacañang to be unswervingly loyal to the US, he drew up a Filipino First policy.  As promulgated by the government National Economic Council, it was a policy “of the government to encourage Filipinos to engage in enterprises and industries vital to economic growth, stability and security of the country,” giving special attention to businesses that might in fact be controlled by non-Filipinos.  The policy also laid down stringent rules on the allocation of foreign exchange, favoring Filipinos or corporations that were at least sixty percent controlled by Filipinos…

And what were the results of the Filipino First policy?  For one thing, the policy enabled Filipinos to secure 51 percent of foreign exchange allocations by the end of 1959.  It liberalized government credit to new Filipino businesses, resulting in fresh infusions of capital into the industrial sector.  In December 1959 only 55 percent of new investments were Filipino; by 1961 the figure had jumped to 88 percent.

In the industrial sector, a significant development came with the creation of the Filipino Oil Refining Company in 1959, challenging the dominance of the US and other foreign oil companies.  There was the Iligan Integrated Steel Mill, Inc., a $1 billion venture, the first stage of a full-fledged, Philippine steel industry, which began loan negotiations with the World Bank, the US Export-Import Bank, and other lending institutions.  Iligan represented a partnership of government and private Filipino capital and exemplified the Garcia administration’s policies.  In 1960, the Manila Electric Company, or Meralco US-owned company founded in 1903, was acquired by a financial group headed by the Lopez family for $66 million.  All these developments seemed to augur well for full-scale industrialization.

For the 1961 elections a Garcia-Recto ticket loomed as a real possibility–and a perceived threat to pro-US interests.  Claro M. Recto died in Rome, however, of a heart attack on October 2, 1960, leaving the nationalist movement bereft of its leading intellectual and political voice.  Not surprisingly the opposition to Garcia swung behind his vice president Diosdado Macapagal of the Liberal Party.  Macapagal, along with the Grand Alliance ticket, whose slate had been defeated in 1959, campaigned on issues such as corruption; the necessity of maintaining an anti-Communist stance (which the nationalist Filipino First was thought to have hurt); development of free and private enterprise; and minimal government interference in the private sector, or the adoption of essentially neo-liberal laissez-faire economic policies.  The issue of strict controls over foreign exchange allocations proved damaging to Garcia, for it was one the Macapagal camp exploited, charging the government with using controls as a means of patronage.  With Recto no longer on the scene to insist on a strictly nationalist orientation, the Garcia campaign declared that it would gradually ease controls–a concession to free marketers.

Macapagal’s campaign team also utilized their candidate’s impoverished background as a selling point.  He was the “poor boy from Lubao,” a small town from Pampanga, the Central Luzon province.  He managed to attend law school, and topped the bar exams in 1936.  He went on to serve as legal assistant to Quezon.  After the war, having served two terms in the House of Representatives, in 1957 he ran as the vice presidential candidate of Jose Yulo on a ticket that opposed Garcia.  Yulo lost to Garcia, but Macapagal won.  (In the Philippine electoral system, the vice president is voted in independently of the president.)  In contrast Garcia, who had acquired a reputation for poetry as a young man, came from the gentry of Bohol, where his father had served as mayor of their town for four terms.

Macapagal and his running mate Emmanuel Pelaez won the 1961 elections by a substantial margin.  President Macapagal immediately signaled his administration’s commitment to free enterprise.  One of his first acts was to implement decontrol of foreign-exchange allocations and of imports.  The government had previously with varying degrees of success attempted to minimize the squandering of dollar reserves by requiring the purchase of a license with which to purchase dollars and thus ship in imports.  An inevitable result was a black market sale and purchase of such licenses, enabling many, in and out of government, to illicitly amass considerably wealth through the disparity in official and unofficial exchange rates.  With easy money to be made, not much energy was channeled towards setting up new industries.  Corruption thus became a potent issue with which Macapagal hammered Garcia during their electoral contest.

On the advice of his cabinet, Macapagal adopted neo-liberal economic policies, and decided to let the peso float, which had until then been pegged at a two-to-one ratio to the dollar.  With the new policy, the peso’s value dropped to P3.90 to the dollar.  Liberalizing trade meant easing or eliminating protectionist measures, resulting in a sharp increase in the shipment of US goods to the country and a corresponding decline in the sales of their counterpart Philippine products.  While the devaluation of the peso meant that prices for US products–which were prized, “Stateside” being a mark of approval–increased, it also meant that those domestic industries that had imported equipment and contracted foreign loans now saw their operating costs and more significantly their capital obligations practically double.  In addition, the facilitating of credit to local industry, which the Garcia administration allowed, was curbed.  As a result, squeezed on both ends, as many as 1,500 Filipino industries that had sprung up because of Garcia’s Filipino First policies were driven out of business during Macapagal’s tenure, or were absorbed by larger companies, many of these having substantial US investments.  The devaluation of the peso inevitably made investment in the Philippines more attractive to foreign capital.

Another unwanted consequence of decontrol, from the point of view of local industry, was the easier repatriation of profits of US companies once restricted under exchange controls.  With dollars flowing out, and imports flowing in, the country’s foreign reserves declined.  To alleviate this, the government began to increase its foreign debt.  At the end of Garcia’s term, the country’s foreign debt stood at a completely manageable $200 million.  In 1962, in its first year in office, the Macapagal administration sought and got approved a $300 million loan from the World Bank, the International Monetary Fund, and the US Treasury.  Going into Ferdinand Marcos’ tenure, by 1972 the country’s external debt stood at $2 billion.

So yes, Pres. Garcia made some mistakes.  But he was onto something.  “Filipino First” is such a catchy-sounding, specific, and tangible policy that makes sense for a Filipino citizen to contribute to one’s own country rather than be uninvolved.

As for the subsequent president, I do agree that the value of the peso shouldn’t be strictly controlled.  But then he should have been clear and aggressive in drawing investors to the country to provide employment and increase production.  If this was clear and was sustained by the succeeding presidents, then I believe the Philippines could have also taken off.

This is the kind of thing students should read and discuss in Social Studies class.  Why don’t we truly put our country, our society, our world in the people’s hands and not just a few, by discussing these issues in class, and not just memorizing facts?  Here is an issue that I have with my country.  I am happy that it is progressing, but there are still many Third World inconveniences that we still have to deal with like this:

I live in the Southern Tagalog region, a beautiful region known as the “coconut belt,” for the many coconut plantations established during the American era.  Unfortunately, some highways or national roads are only 2 lanes.  Trucks pass through these roads as well as slow-moving tricycles.  And it’s not like the traffic population is small.  Aside from that, residences are built right on the side of these “highways.”  Great.  Now how can we widen these roads if houses and establishments are built right on the side?  I can understand if there is a limited budget.  But to allow residential areas to be built right on the side — with no sidewalk even — shows a lack of concern for development. 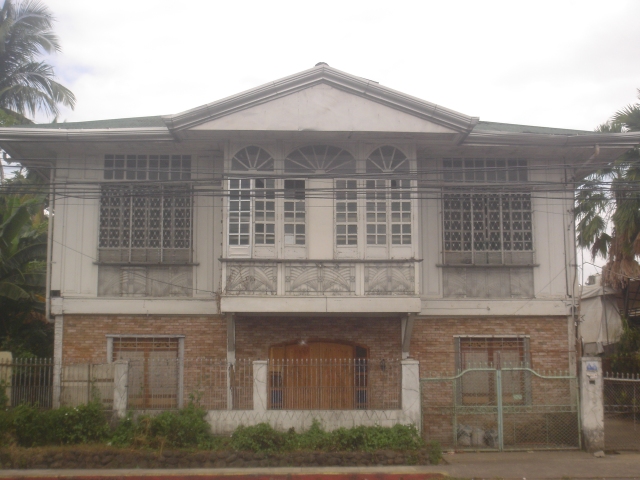 My Photo:  American era home on the side of JP Laurel Highway (there is a sidewalk in this area however)

We can use Social Studies class to improve society and stop repeating tragedies of the past.

On the first day of my World History class my teacher mentioned 3 things:

1. Because we can LEARN, we can also UNLEARN.

2. We study the past, to UNDERSTAND THE PRESENT.

3.  Man is the architect of his FUTURE.  (based on Appius Claudius Caecus‘s quote in his speech against Cineas, envoy of Pyrrhus of Epirus)